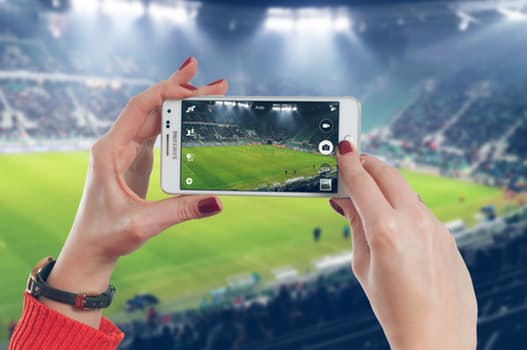 To the guy I hit at the football game:

We were in the student section. I was standing in front of you texting. Jokingly, you pulled down my wrist and told me to enjoy the game. I snapped back and shoved your chest, nearly sending myself to the bottom of the bleachers. But you caught me.

You were surprised and insulted.

I overreacted. I left you frustrated on the bleachers as I stormed away.

You don’t know it, but a guy grabbed my wrist before.

I found a quiet place behind the bathrooms and shivered through flashbacks at the memory of the other guy who gripped my wrist. He threatened me with a knife and stole my mind. I drifted between the realities, the screams of the crowd and my attacker’s harsh grunting. I hated you. I believed you were vile and cruel too.

Then we volunteered in the same class. I watched you help peers with special needs and realized you were actually a cool guy. You never meant to scare me, and you probably would have felt terrible if you’d have known what touching my wrist would do to me. I wish I were nicer. I have often thought of explaining this to you. I think you would have apologized too, and I think you would have thought twice before touching someone without permission. I’m so sorry for hitting you. I’m sorry for being so mean.

I can’t expect people to know my triggers. I don’t even know them. I don’t want my attacker to control my emotions anymore. I want to be patient and kind. I want to be authentic. The next time someone does something I find inappropriate I’ll try not to hit them (scenario depending) and I’ll try to be firm in explaining why the action makes me feel uncomfortable. I just want to be a good person.